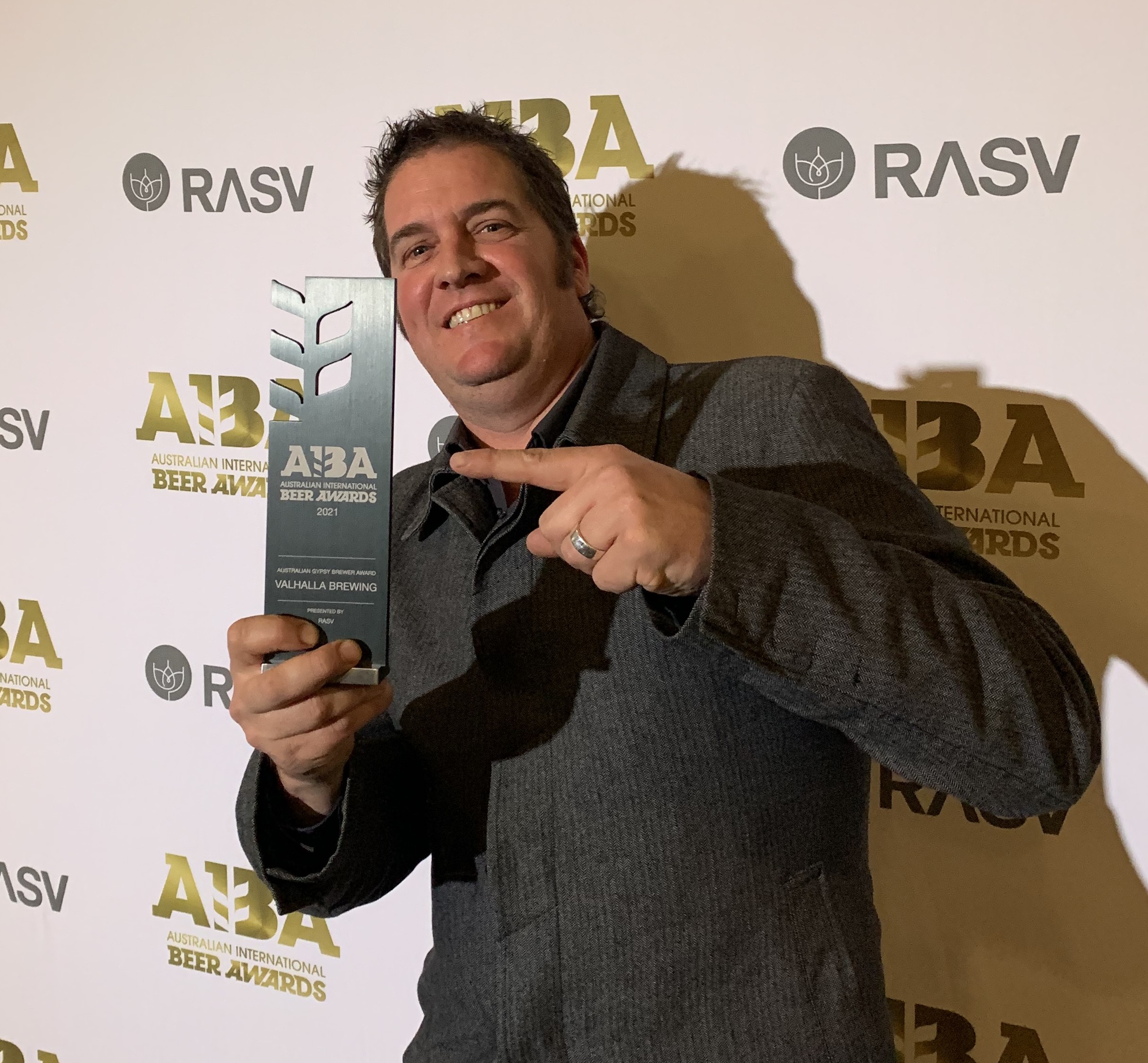 Valhalla Brewing has taken out two major trophies at this year’s Australian International Beer Awards (AIBAs).
Valhalla was judged Champion Gypsy Brewer and Obsidian Black Ale was judged the best Stout or Porter in Australia. Valhalla’s Pale Ale also won a gold medal.
Founder and brewer Scott Hunt (pictured) was excited and proud to win the award.
“Being the first time we entered the AIBAs, I am stoked to have been honoured with this recognition,” said Scott.
“It’s especially incredible to think that such a small brewery could take out the Champion Stout or Porter award when you are up against the biggest breweries in the country!”
Valhalla’s success was a reflection of the overall success of the Geelong region with 6 breweries winning over 40 medals in total and 7 golds.
“We’ve known for quite some time now that Geelong is becoming a hot spot for craft beer, but this result highlights the fact to the rest of the country,” said Scott.
Valhalla’s Obsidian Black Ale and Pale Ale can be found at the Valhalla taproom, 12-14 Union Street Geelong.