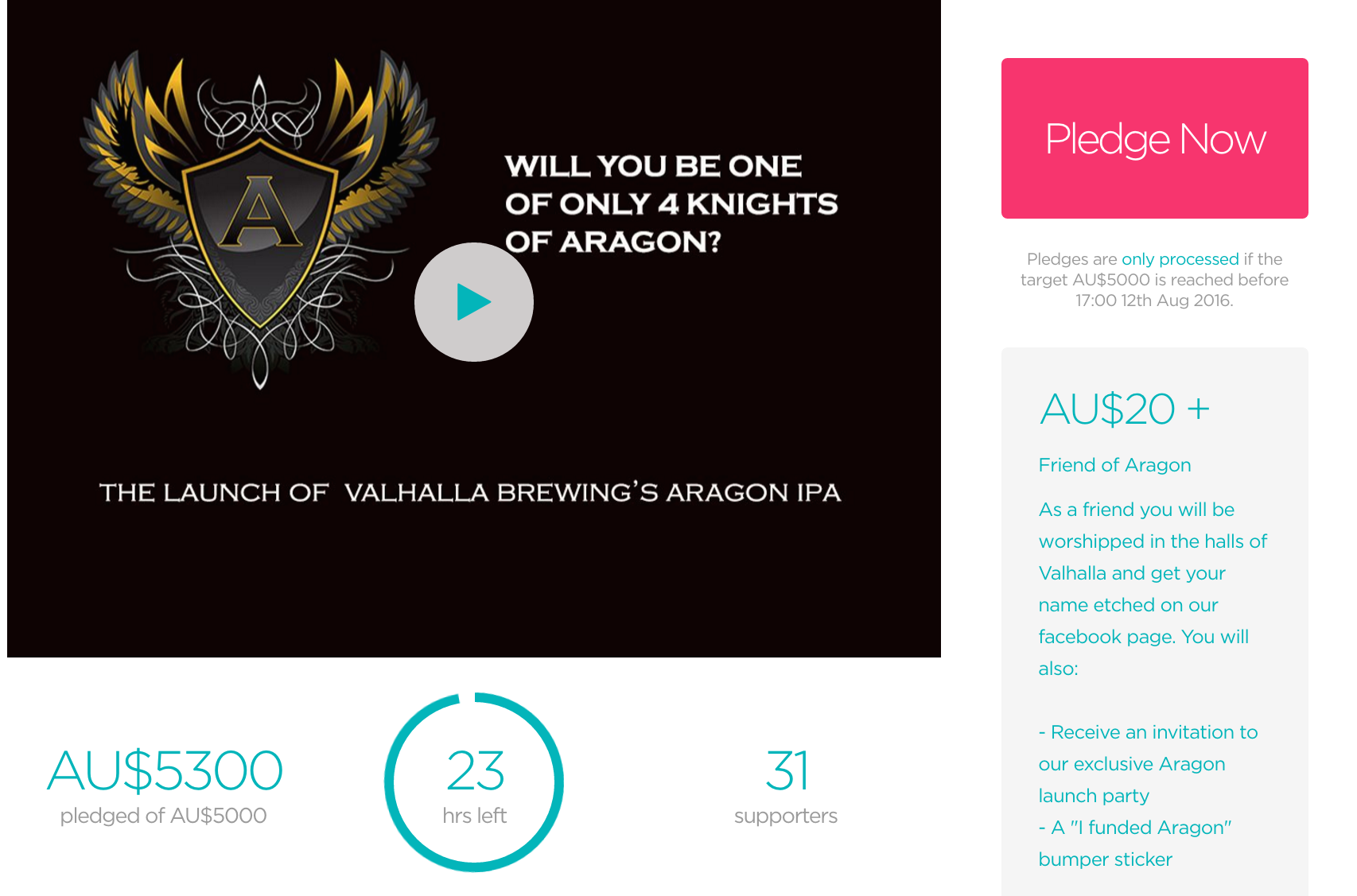 Our second crowd funding campaign has successfully achieved its goal of $5000, paving the way for the release of Aragon IPA at the end of September.

Following the success of our Obsidian Black Ale crowd funding campaign, we once again decided to give the public the opportunity to be a part of the launch of our second core range beer. The success of this second campaign is a great sign for the future of Valhalla Brewing.

With brew day booked next week we are super excited that we will have 2 great beers out in the market. Both are big and bold 6% plus beers which represent everything we love about craft beer.

The launch party for the Aragon IPA will be held in October and will be open by invitation to our crowd funding supporters only.